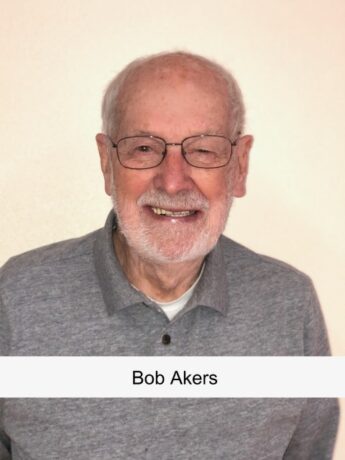 Robert “Bob” Akers passed away on October 17, 2021. Bob and his wife Mary moved into Timber Valley RV Park on October 1, 2001. He was well known for his cooking ability and was an active participant in the Men’s Cooking Group where he was famous for his Pinto Beans.

Bob was born in Kingsport, Tennessee, and joined the Air Force at the age of 17. He served for 28 years and was in the Korean War as a refueling boom operator on the KC135s. His wife, Mary was an Air Force colonel. They had no children. After Bob retired from the Air Force they traveled the United States for about 25 years. In 2011 he bought a home in Tennessee and then “snow birded” between Tennessee and Oregon. Mary passed away on January 8, 2011.

Lynette Brunner was Bob’s companion for about 7 years. She says she helped him with the cooking group. They traveled to Tennessee every summer as long as they were able to. Lynette says Bob wasn’t feeling good for about a month before he had a massive heart attack.

Bob’s nephew, Jeff Estep of Tennessee says that although Bob had no children he was very close to his nephew and their children and visited them often. Lynette will remain in Timber Valley.

This entry was posted in General Interest, Obits. Bookmark the permalink.