There are many people in the park who have been faced with CANCER – either their own or perhaps their partner’s or child’s. The journey is a challenging one under the best of circumstances so Shirley Smedley and Jill Goldman are organizing a Cancer Support Group.

UPDATE:  The Doctor had to cancel his presentation for Social Hour.  However, Social Hour will still be held.  Come one… come all.

Join us on Friday for Social Hour at 3pm. Dr.Matthew Driver and PA Kerry Harrington will talk about their new business…MayThisBeHealthcare.com — A different concept of care here in Sutherlin.  They’re located at 301 W. Central Avenue, near the tracks.
Bring a snack to share, meet Dr. Driver and PA Harrington, and learn about their interesting concept for healthcare. 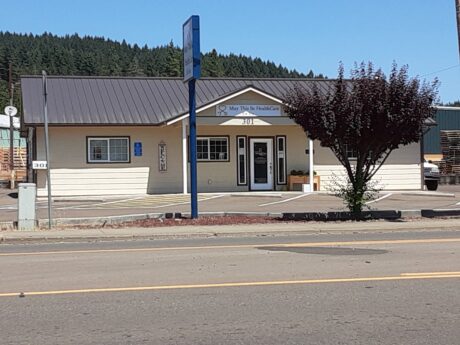 Now that the repairs have been made, the restrictions have been reduced.  Because we’re in the worst drought in recorded history, they are still asking everyone to voluntarily keep water use to a minimum.  So, for example, while you can wash your cars and rigs again, just be smart about it.  Use a self-closing nozzle and maybe extend the time between washings.  And, perhaps, some of your plantings could get by just fine with a reduced watering schedule. Thanks Everyone. 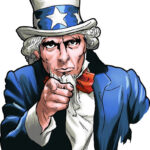 Can you add 2+2 and come up with an answer other than 5? If so, we have openings!

The Finance Committee is looking for additional members with financial skills and/or creativity to contribute to the Park’s budget deliberations and financial processes. We have an organizational meeting on Wed., Aug. 4th at 10am in the Card Room. Come join the second most fun committee in the Park!

Those were the very different reactions I heard the Monday my cocker spaniel went to the vet soon after I settled at Timber Valley. Alarm and commiseration from everyone at the clinic. Befuddlement from dog lovers everywhere else. END_OF_DOCUMENT_TOKEN_TO_BE_REPLACED 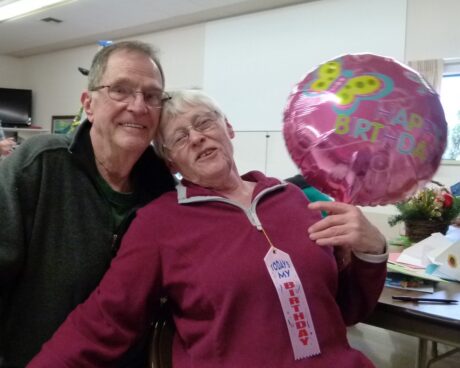 Rita and I had a wedding photography business. We worked everywhere from the firehouse to the country club. After working one very long day at a country club, we found out that “ the help “ , dj and photographers were not to be fed. We didn’t care much for that so we took a few “ candid “ shots of the bride demonstrating her nastiness. We were fed. Blackmail? Hell yes ! END_OF_DOCUMENT_TOKEN_TO_BE_REPLACED

Here is another chance to add to your fun!

There are several of us “Gals” living at Timber Valley who love to play games. Some have husbands or partners who like to play also. However…. There are a lot of us whose husbands have no interest in games, or we are single and therefore no longer have partners.

This new and fun group is open to any “gal” who would like to join us. (Sorry guys you’re left out on this one). We have been meeting on game nights of Monday and Saturday at 6PM. By request we are adding the second and fourth Tuesdays at 1:30 in the game room. Currently we are playing Fast Track, but we’ll be glad to play what others suggest. We have been known to have so much fun and laughter that it interfered with others playing poker.

Posted on July 27, 2021 by Dick Shanahan
Memo to Members re Barb Davis2 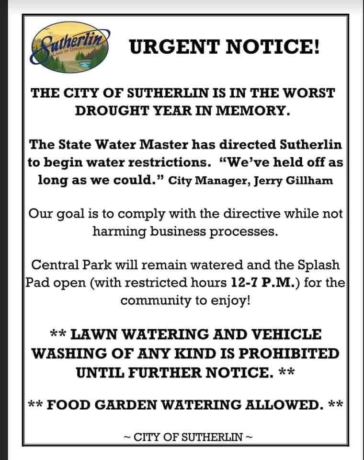 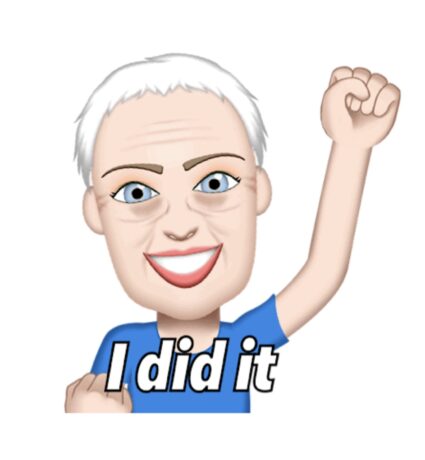 It has been quite awhile since I last reported on my Cancer journey. There was supposed to be a story on the radiation treatments that were to follow the chemo. I bought the creams and lotion. Dug out the most comfortable bras. But continued to do my research. Not just with Dr. Google but with a couple of support groups I found on Facebook. My concerns were my age, (I am the oldest member in one of those group,). I am very fair skinned, I will say that I can get a sunburn from 100 wt bulb, not true, but you understand. And it is the left boob that is involved, so close to my heart and I am also an a-fib patient. I read all the directions and tips. Did you know that a cabbage leaf makes a perfect bra liner? Keeps all the ointment and lotions on the boob and not your clothes.  But then I read from two different sources that radiation on seniors, 70yrs plus, had little or no benefits. That is when I decided to refuse it. One Dr. admitted it would not change my numbers, and my Primary Dr. was glad. Said there was no reason to put myself through that.
So it was on to an aromatase inhibitor.  That is an estrogen blocker pill that I will be on probably the rest of life. So far I have had little side effects but it is an accumulative thing and likely will get worse. That wont be fun, but that is not today.
Today is a good day, I have NED.
Those of you that read Facebook already know this but I wanted the rest of Timber Valley to know. While I am very happy with NED, it is not a new man in my life. NED is cancer speak for No Evidence of Disease.
My cancer team does not want to see me again until December. Then we will take another look. Prayers for continuing NED gratefully accepted. 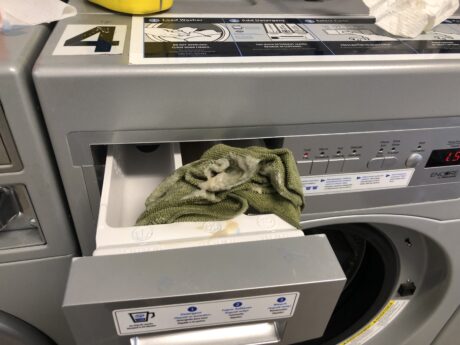 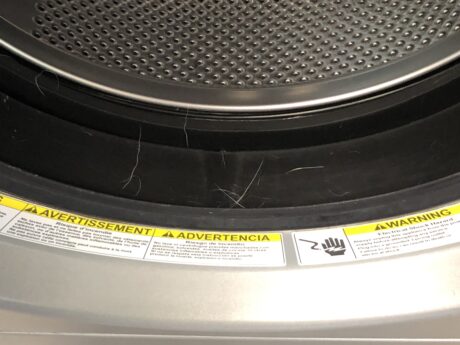 After finishing your washing, please remember to check the wash machine’s drum, door, gaskets and dispenser drawers for grime and pet hair.

Take a moment to run a clean cloth around the inside of each drum and in each of the dispenser slots so that the next person does not have to clean up after you before getting to their own wash.

Your neighbors and fellow Escapees thank you. 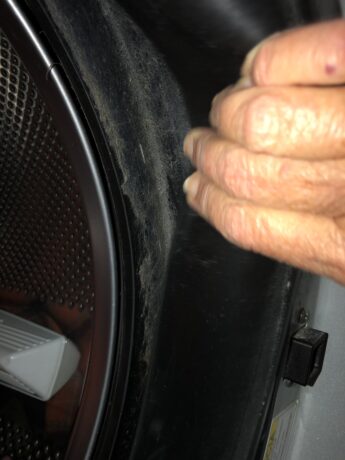 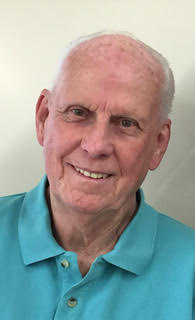 Don was born in Springfield, Illinois and graduated from Bakersfield, CA High School. He was producer/director and film maker for several government agencies including the Air Force. He served under 3 different presidents and worked with several movie stars. Among them: Charlton Heston, Barbara Streisand, and John Wayne. He was an avid golfer and played with several park members.

A celebration of life will be held at the Free Methodist Church in Sutherlin, July 10 at 11 a.m., followed by a potluck. All are invited, bring a dish and join in the remembrance.

Don leaves one son, two step sons, 3 grandchildren and his wife Karen. Karen plans to remain in the park, living with her daughter. 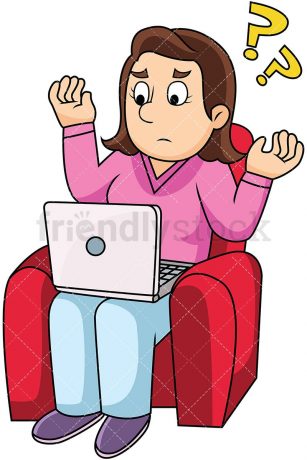 Wanted to let people know that we are starting up the Apple Users Group again. Our first meeting will be this coming Saturday in the Clubhouse Dining Room at 11am. We will discuss one or more topics of interest and try to solve Apple related issues (Mac/iPhone/iPad). We will also discuss scheduling for future meetings. Bring your Apple devices, I will try to set up the big screen for Airplay use. All are welcome!

Our life can change in an instant. Large scale event like Covid-19, individual event like surgery, or anything in between. Many people have handled the Covid change constructively. Having free time and isolation can spur the creative process in ways that are hard to comprehend. END_OF_DOCUMENT_TOKEN_TO_BE_REPLACED 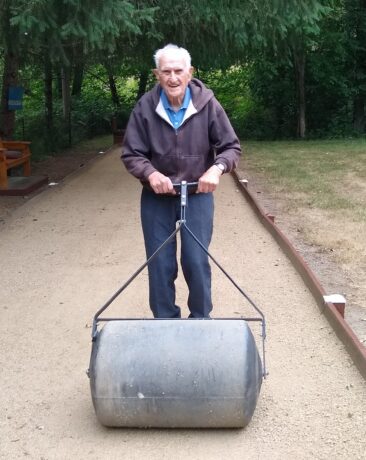 Due to predicted hot weather, the moving of the July 4th picnic from Snoopy’s Meadow to the clubhouse, and a bothersome tree branch, Bocce Ball play has been delayed until July 10 at 3pm.  Art has been working diligently on the court and it’s ready for play. Please join us at that time. It really is great fun.

Two Changes to the Schedule

#1   DUE TO PREDICTED EXTREME HEAT ON THE 4TH OF JULY, THE LUNCHEON HAS BEEN MOVED TO THE CLUBHOUSE FROM SNOOPYS MEADOW. BRING ONLY YOUR CHOICE OF BEVERAGE..NO NEED TO BRING A CHAIR. CONTACT TERRY HILTY AT 760-522-4534 With QUESTIONS.

#2   The PCM meeting scheduled for Monday, July 5th has been cancelled.