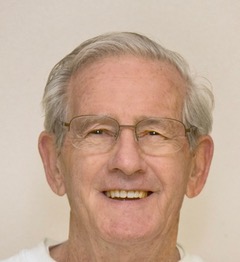 The Timber Valley Community is saddened by the news of the recent death of Chuck Cowles.  He died November 21, 2022. Charles “Chuck” Cowles and his wife Lillian moved into Timber Valley on October 24, 2002. Lillian passed away on July 30, 2006. Chuck will be remembered as the “coffee man” in early years, making coffee for almost every event. Chuck took part in numerous park functions. He was part of the “sound crew” helping with microphones when needed.

Chuck was born in Steubenville, Ohio, and moved to California with his family when he was 12 years old. He went into the navy at age 17 and served 4 years. Chuck was an electrician which may explain why he was so insistent that the clubhouse lights not be left on at night!

According to his sister Bev Spain, Chuck suffered from a bowel blockage and never recovered from the surgery. He moved from the hospital into Curry Manor in Roseburg and died five days later.

He is survived by his sister, Beverly Spain of Vallejo, CA a son, Charles, Jr., and a stepson John Bowman.

This entry was posted in Announcements, Obits. Bookmark the permalink.
Manage Cookie Consent
To provide the best experiences, we use technologies like cookies to store and/or access device information. Consenting to these technologies will allow us to process data such as browsing behavior or unique IDs on this site. Not consenting or withdrawing consent, may adversely affect certain features and functions.
Manage options Manage services Manage vendors Read more about these purposes
View preferences
{title} {title} {title}