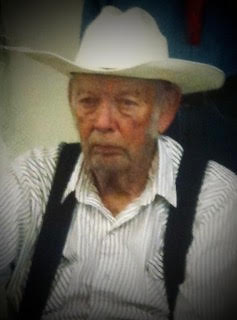 One of the more colorful members of Timber Valley left us on August 23, 2022. Jerry Hatch passed away in his sleep August 23. He would have been 90 years old October 23, 2022. Jerry and Darlene Hatch moved into Timber Valley April 3, 2000. The sign in front of their lot read: Here lives an old grouch and a lovely young chick.

Jerry served in the Air Force during the Korean War. He and Darlene were married for 64 years and they traveled for 25 years before moving into Timber Valley.

Jerry was an avid fisherman, often fishing every day. His fishing companion, Cheryl Warfel, tells how they would catch bass and then throw them up into the air. The circling osprey would snatch the bass up as quickly as they landed back on the water. Jerry also loved crabbing and he and Darlene were famous for providing and cooking the crab for the annual September Crab Rally.

Jerry loved telling stories almost as much as fishing. He told of a boyhood escapade when he fell through the ice on the river. He managed to climb out onto an ice floe only to discover it was floating him farther downstream. He climbed back into the icy water. Obviously he survived. He also told about the cougar that would come by his place and simply stare at him.

Jerry’s daughter, Janine, advises that the funeral and Celebration of Life will be held November 5, at 1p.m. at the John Newman Catholic Church, 5101 Alton Parkway, in Irvine, California. Darlene is residing in an assisted living facility. She would appreciate cards and phone calls from Timber Valley friends: Her address is 33 Creek Rd. Apt. 203, Irvine, California, 92604. Telephone number: 949-618-3995.

This entry was posted in Announcements, Featured, General Interest, Life at Timber Valley, Members, News, Obits and tagged Jackie Deal. Bookmark the permalink.
Manage Cookie Consent
To provide the best experiences, we use technologies like cookies to store and/or access device information. Consenting to these technologies will allow us to process data such as browsing behavior or unique IDs on this site. Not consenting or withdrawing consent, may adversely affect certain features and functions.
Manage options Manage services Manage vendors Read more about these purposes
View preferences
{title} {title} {title}