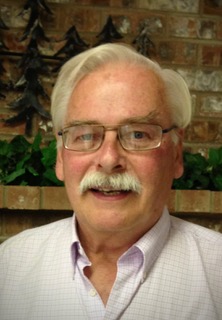 Timber Valley’s flag dipped to half-staff for the passing of a very active park member.  David Arndorfer had been on the Board of Directors, Finance Committee, By-laws Committee and Audit Committee. David passed away April 17, 2022 after almost 30 years of fighting cancer. He and his wife Linda Zink moved into Timber Valley June 2013.

He was born in Portland, Oregon, attended Portland State College and received his PhD from Louisiana State University. He served as an Assistant Professor at the University of Wisconsin.  He worked as a branch manager for environmental consulting companies.  He and Linda were married for 35 years and during that time they volunteered at Oregon State Parks, National Parks, Fish and Wildlife, BLM and Corp of Engineers parks.  They RVed all 49 states and flew to Hawaii.

Linda and David met on a cruise and she says, “I picked him out the first day and picked him up the next day.” They were married in Las Vegas, March 10, 1992.

He is survived by his daughter, Heidi who helped care for David during the last three weeks of his life.  He is also survived by a son, Kurt and granddaughters Hannah Arndorfer and Heidi’s daughter Haley.

Linda plans to return to the park from Florida in May or June.

This entry was posted in General Interest, Obits and tagged Jackie Deal. Bookmark the permalink.

10 Responses to In Memoriam, David Arndorfer