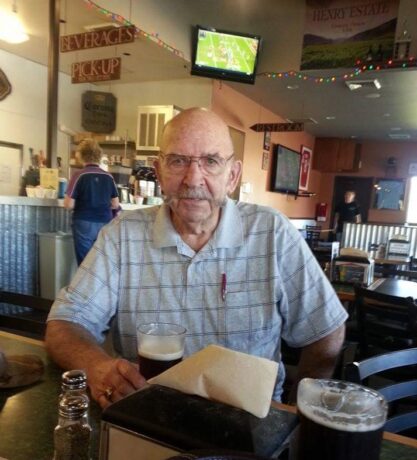 Jerry Williams resided in Timber Valley SKP Park from April 25, 2012 until his passing on March 28, 2021.  He is survived by daughter Inez Williams of Sutherlin and son Doug Williams of Oakland.    Jerry was born October 10, 1936 in Oklahoma but lived most of his life around this area.  He was a log truck driver for Gene Whitaker.  He loved motorcycles and rode until the last couple of years.  Jerry enjoyed the animals in the park.  He had one squirrel he named “Greedy” that he fed and his daughter is now having to feed the squirrel who comes looking for the usual handouts. Jerry will be missed by family and friends and his pet squirrel.

This entry was posted in Obits, Uncategorized. Bookmark the permalink.